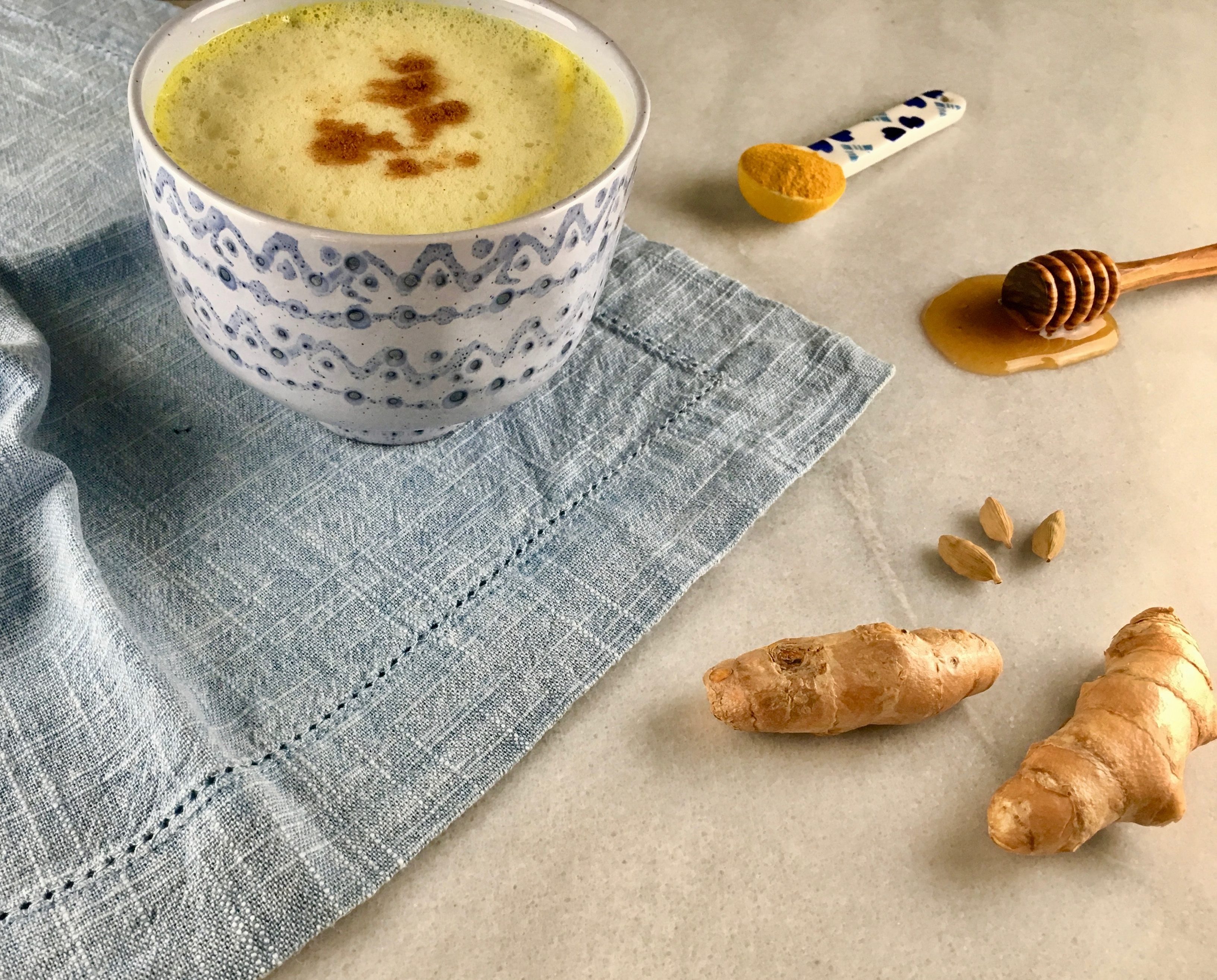 Turmeric lattes or haldi doodh has been around in the Indian culture for centuries. It was a common remedy for fighting off infections during the cold and flu season. I remember my nani (grandmother) always making it for me when I started to feel a cold coming on.

As a child, I brushed it off as an old wives’ tale. However, as a naturopath I finally understand the importance of this ancient remedy during the winter months.

According to Traditional Chinese Medicine (TCM) principles, to help the body maintain its core temperature, we must eat warming foods during the colder seasons and vice versa (Read my article on boosting immunity here)

Enter – Turmeric Latte or as I like to call it, a golden hug in a mug.

Turmeric lattes are warming for several reasons. Apart from its warm temperature, many of its ingredients such as cinnamon, turmeric and pepper are yang(hot) in nature. They pair nicely with the cold weather, thus supporting the body in maintaining its temperature.

Many of these ingredients have tremendous medicinal properties.

Mix all the ingredients in a pot over medium heat. Stir until slightly boiling (do not over-boil)

Pour in a cup and garnish with slivered almonds